Perimeter screens had been installed in 2014 to reduce wind created vibration that caused frequent vibration trips on their ACC which is 2 streets by 5 rows. In 2019, North Battleford planned some output improvements where they needed more capacity from the ACC.

Galebreaker was hired to provide a CFD Analysis and a structural analysis and to determine the optimum screen configuration to allow a heat load increase while not impacting the vibration levels. Also our scope included the benefits of changing fans. A cruciform screen was added and the perimeter screens were shortened. This work was completed in August 2019. 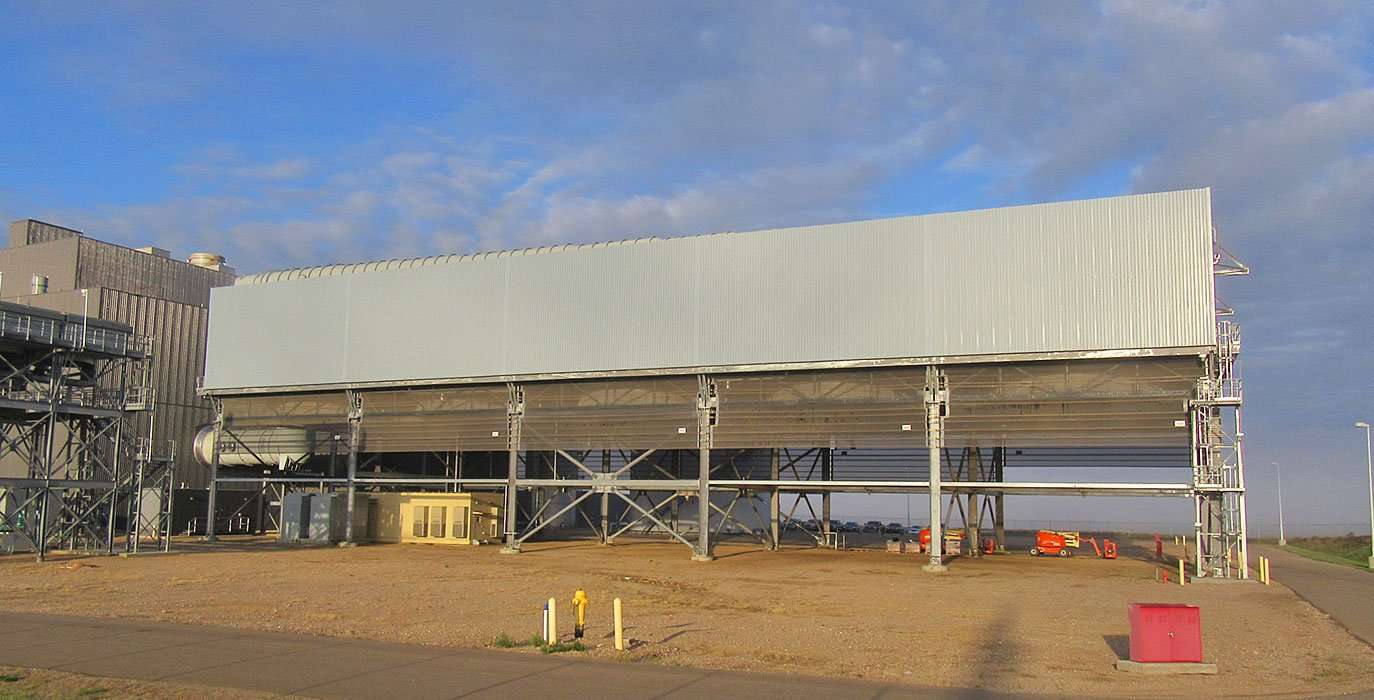 “We were having wind induced vibration trips when our fans were operating in the 40 to 70% speed range. Up to 40 to 50 fan trips per day! The board operator’s main focus was to keep the fans running. Since installation of the Galebreaker Perimeter Wind Screens we have not had any fan trips whatsoever (zero) and have completely solved our problems with wind induced fan tripping. We are also confident that the installation of the Cruciform will give us a thermal efficiency gain of over 15%”

Dual fabric debris filter screens for an ME Global Glycol...