The Fore River Power Plant is a combined cycle power plant rated at approximately 800 MW with two gas turbines and one steam turbine. 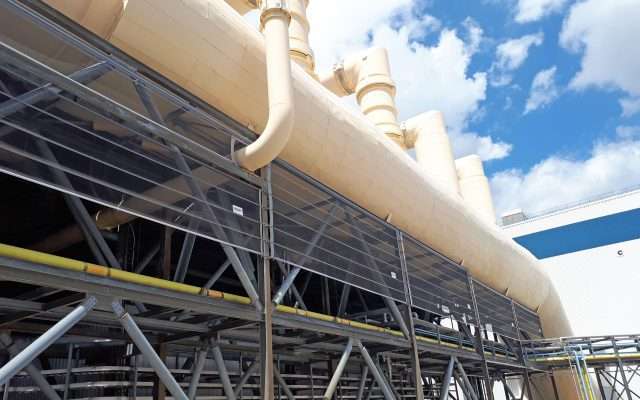 The Fore River Power Plant is a combined cycle power plant rated at approximately 800 MW with two gas turbines and one steam turbine. The power plant went into service in 2003 and is now owned by Calpine a large IPP. A 36 module ACC arranged with 9 streets and 4 rows condenses the steam. Discussions regarding wind effects on performance started in the spring of 2017 when wind related issues were causing an increase in back pressure affecting the overall performance of the ACC and the MW output of the plant.

The solution was to increase airflow to the ACC fans and improve back pressure. Galebreaker undertook an extensive CFD modelling survey which outlined the performance losses during high wind episodes. The CFD modelling estimated we could recover 20% of these losses. After careful consideration and analysing different configurations of wind screens Fore River installed the following solution. Perimeter screens using our M50 fabric on all four sides of the ACC. For the cruciform installation we used our M60 fabric and covered 5 bays on the long side and 3 bays on the short side. Many of the screens were over 12m in length and 5m in height. Galebreaker provided all of its services on this project which included a field survey, CFD analysis of performance and wind conditions, structural verification, design drawings, and material and technical support of the installing contractor. This project had several complications including; one long side on the edge of the river with no space for access, a large elevated steam duct with its own structural support, cable trays running near the top of the inlet on the steam duct side, an active road underneath, condensate tanks and open fire water pits with fencing restricting screen installation. The structural analysis dictated changes in size and mesh density and the windward side was occupied by the steam duct which prevented optimal screen placement. Despite these obstacles, 33 screens were installed in 16 days as planned. 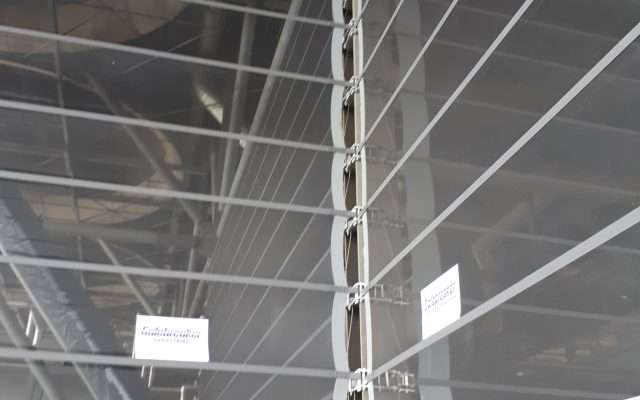 The result was a greatly improved and stable ACC performance. Improved airflow, reduced back pressure and overall gains in efficiency. The client has reported consistent feedback since then from the plant operators that the screens have helped to resolve their thermal issues, and that these matched the expected predictions of the CFD modelling analysis. Its difficult to predict what wind screens can achieve without the help of data and CFD. This makes a real difference to client confidence and decision making

Data centres are at the very heart of modern society and are central to the global...