Perimeter screens had been installed in 2014 to reduce wind created vibration that caused frequent vibration trips on their ACC which is 2 streets by 5 rows. In 2019, North Battleford planned some output improvements where they needed more capacity from the ACC. 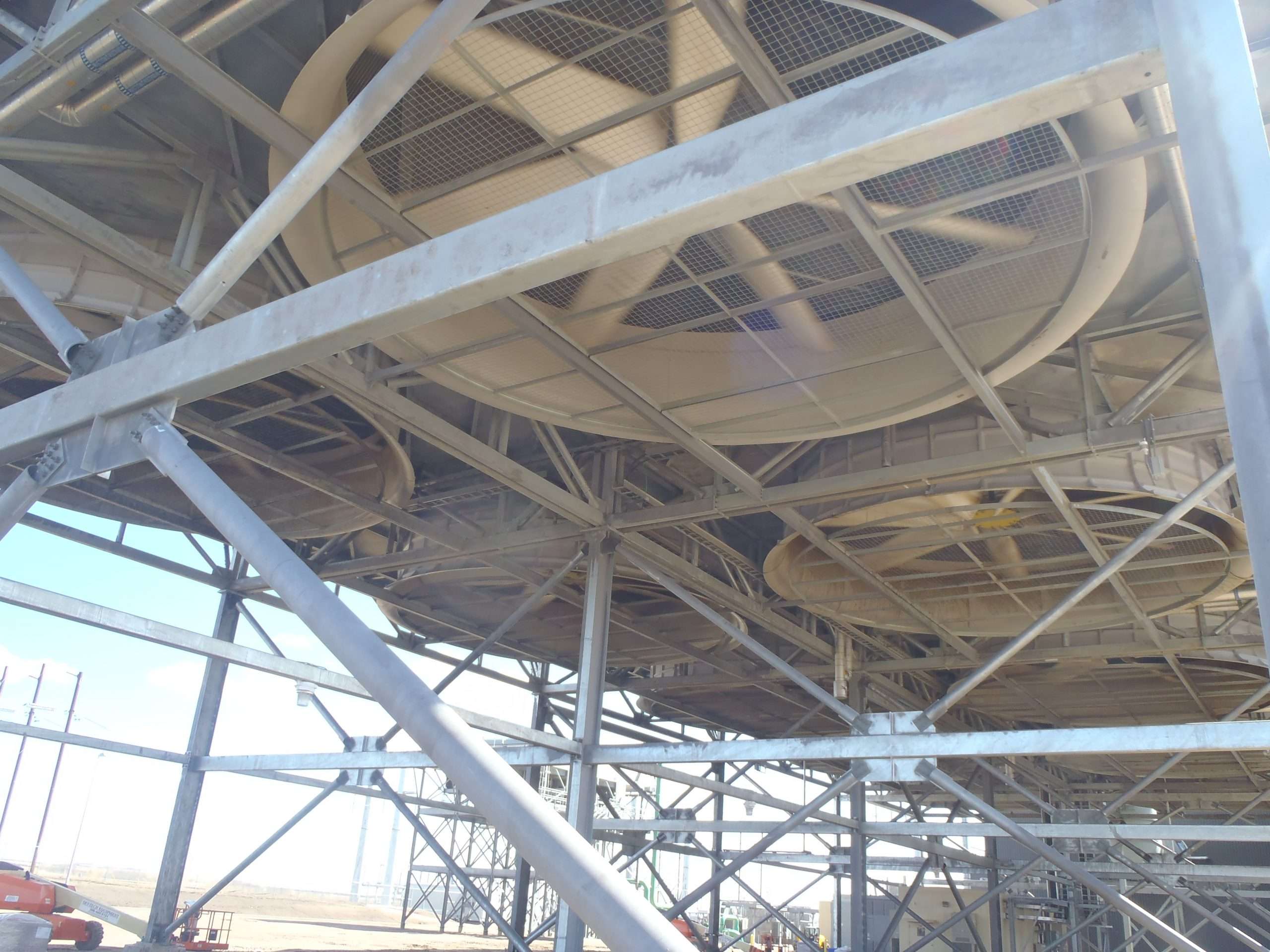 The 260MW GEA unit in Saskatchewan, Canada was having hundreds of fan trips – up to 50 per day! Early anecdotal evidence showed that the wind was a major contributing factor in the vibration trips. Winds on site could range between 0 and 40 miles per hour. Average wind speeds were between 8 and 12 mph from the West and North West. The wind was not only causing fan trips, but also causing high fan vibration which was obvious on the access platform adjacent to the motor gearbox. The customer called it “teeth rattling vibration” leading to further mechanical damage. Gear oil viscosity degradation and an accumulation of coking material was also causing seal end bearing and pump failures. After consulting with Galebreaker Industrial a decision was made pretty quickly by NPI to install Galebreaker windshields and permanent wind monitoring equipment. This was all done in 2014.

Perimeter Wind Screens were installed in 2014. 40% permeable fabric was used able to withstand up to 90mph winds. Fixing to the current ACC structure the screens were located on the North East and West elevations (not fitted to the South which is sheltered by the turbine hall building). The wind shields were designed to extend down 6.5 metres from the bottom of the wind wall approximately 50% of fan deck height

In 2019, North Battleford planned some further output improvements where they needed more capacity from the ACC. Galebreaker was hired to provide a CFD Analysis and a structural analysis and to determine the optimum screen configuration to allow a heat load increase while not impacting the vibration levels. A cruciform screen was added and the perimeter screens were slightly shortened. This work was completed in August 2019. 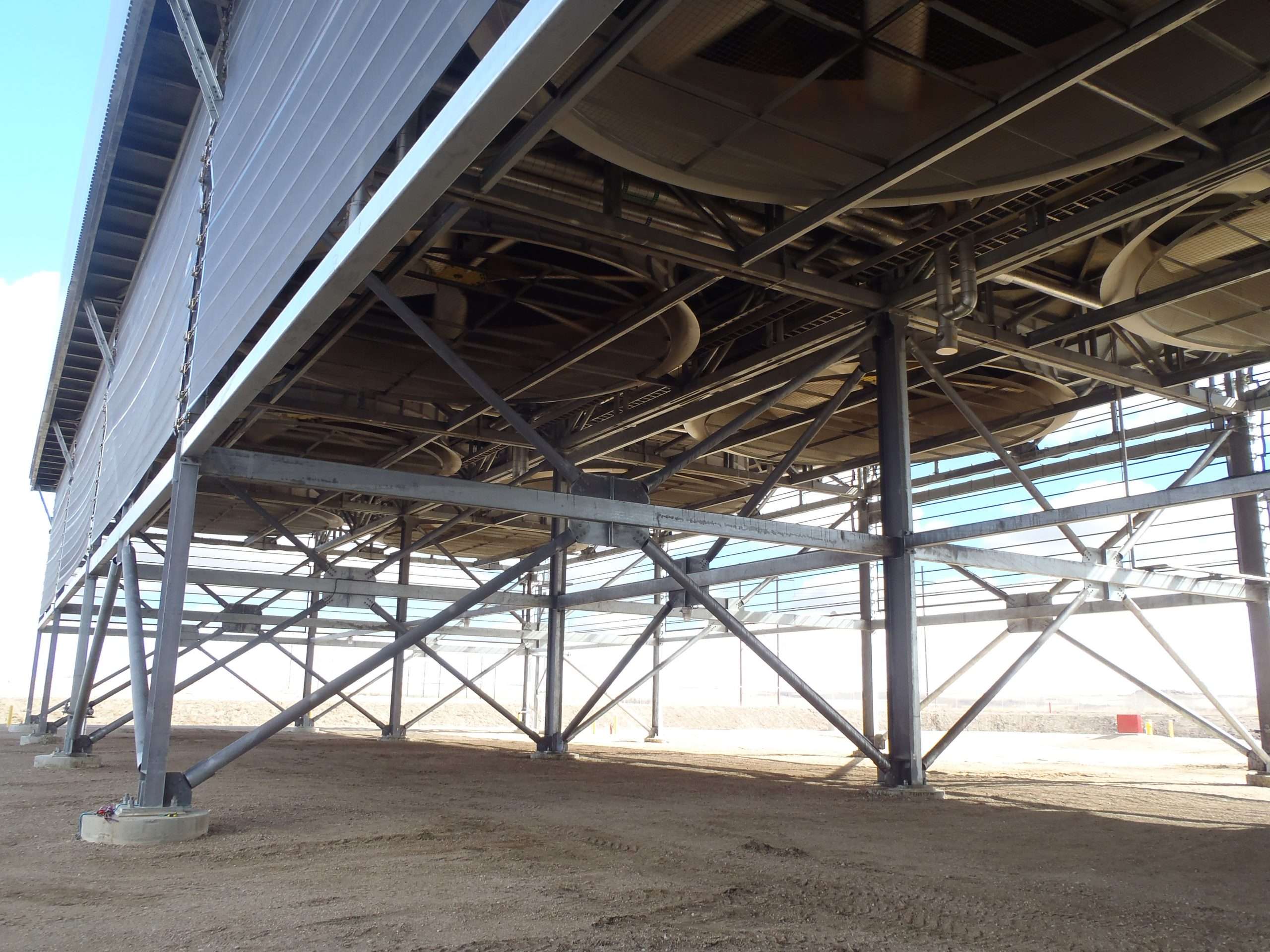 The benefits were clear. Zero fan trips after the installation of the wind screens. Horizontal vibration levels have been reduced by approximately 25% and spikes reduced dramatically. Axial vibration is now closely correlated to fan loading. Here is some client deedback:

“We were having wind induced vibration trips when our fans were operating in the 40 to 70% speed range. Up to 40 to 50 fan trips per day! The board operator’s main focus was to keep the fans running. Since installation of the Galebreaker Perimeter Wind Screens we have not had any fan trips whatsoever (zero) and have completely solved our problems with wind induced fan tripping. We are also confident that the installation of the Cruciform will give us a thermal efficiency gain of over 15%”

Data centres are at the very heart of modern society and are central to the global...