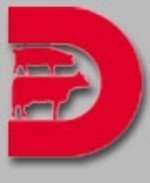 “Shortly after World War I, Alfred Andersen returned to Denmark after almost 20 years in the United States. In the states, he had seen a tying system for cows, which could facilitate the everyday life of Danish milk producers. In other words, Alfred Andersen began production and sale of a binding system – a system which became the forerunner of what later became a rod binding. The Dan binder later became a concept among Danish milk producers. Via Dan Egtved´’s dominant role in the Danish market, the company has expanded its activities to include exports. Since the beginning of the sixties to Germany and Switzerland and since the late seventies to the Scandinavian markets. Today, exports are mainly to Germany, Sweden and Finland. Over the years up to today, both the company and the products have evolved. Today, furniture solutions for loose housing and for tie barns are produced and sold. Sales take place in Denmark via own sellers covering the entire country and on exports via dealers and / or importers. The company employs on average approx. 40 m / k’er. In addition to the equipment for cattle stables, Dan Egtved has since 1990 developed two business areas which are staffed with specialists. * Dan Egtved AgroTeknik buys, stocks and sells accessories for agriculture. Sales are made through dealers in primarily Denmark but also to several export markets. * Furniture for horses that is characterised by a wide range of materials and flexible solutions. Many things have changed during Dan Egtved’s lifetime. However, one thing has not changed – the company’s heart beats for the cattle – we concentrate on the cattle. Today , Dan Egtved is Denmark’s leading supplier of furniture for cattle sheds. This position has been achieved through a conscientious collaboration with our customers. A collaboration that we will continue to maintain our position in the market – for the benefit of our customers, our employees and Dan Egtved.”