The effect of hot air and crosswinds on an ACC

The effect of hot air and crosswinds on an ACC

The effects of wind on air-cooled condensers

Wind can have a significant and costly impact on the performance of an ACC. Find out the savings and improvements you could make with Galebreaker’s custom-made wind solutions. 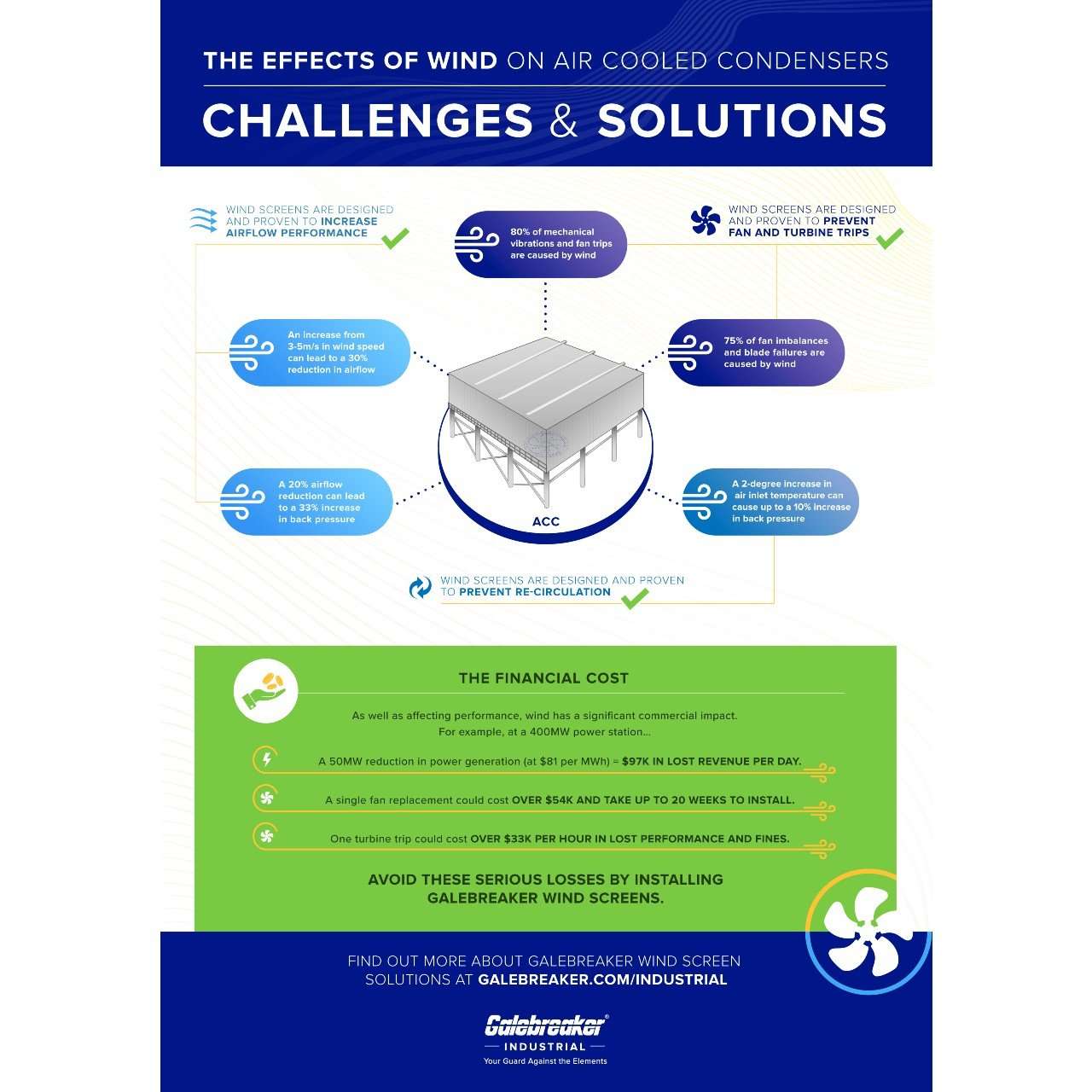 Wind shear and loss of airflow:

Crosswinds can have a noticeably negative effect on the performance of ACCs. As air collides with the oncoming wind, the wind is forced underneath the fans, causing wind shear. The impact of this is immediate, including dynamic fan blade loading, changes in fan static pressure, and airflow reduction. Studies have shown that increases in wind speed by just 5m/s can equate to a 30% reduction in airflow.

Fan stalls, fan trips and increases in vacuum caused by airflow reduction can all lead to plant derate and an overall decline in power output. Our studies show that a 50MW reduction in power generation at £60 per MWh is £72k in lost revenue per day. 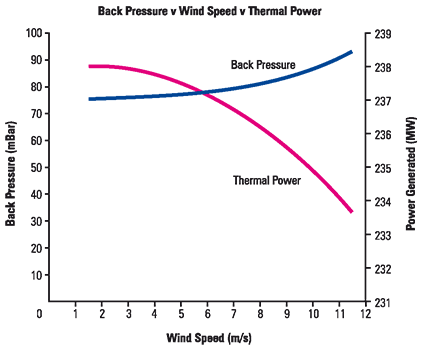 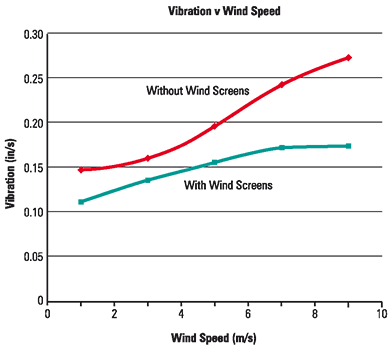 High wind speeds can cause huge variations in fan static pressure in and around the fan housing and cylinder. The pressure this creates is significant, generating fan imbalances and eventually costly damage. 75% of fan imbalances and blade failures are caused by wind.

Accelerated crosswinds can cause a high degree of mechanical stress, leading to catastrophic failures on fan blades and hardware. Motor trips and gear reducer failure can also be caused by uneven fan performance. Up to 80% of motor vibrations are attributed to the wind, making a reduction of wind impact absolutely essential. 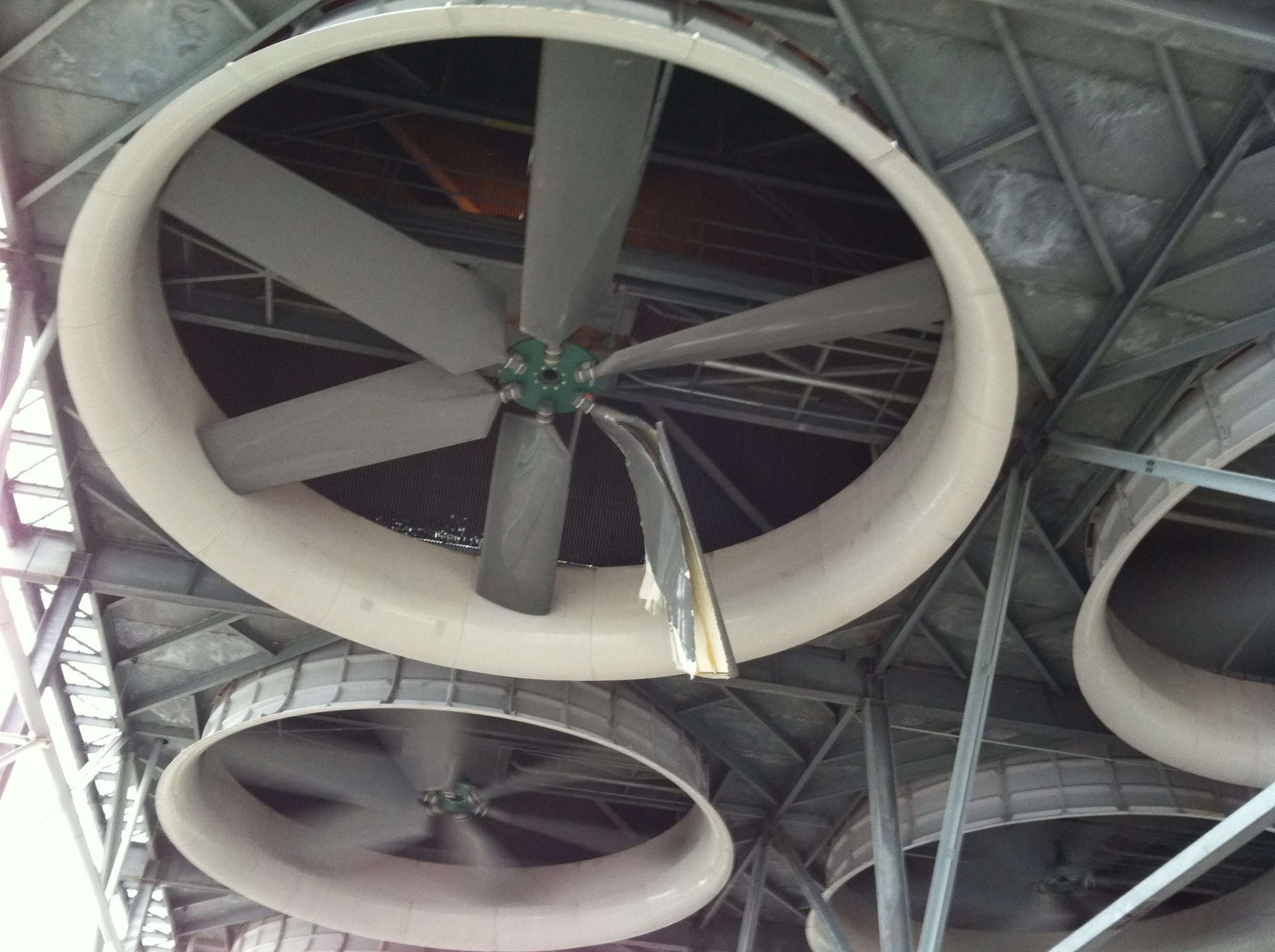 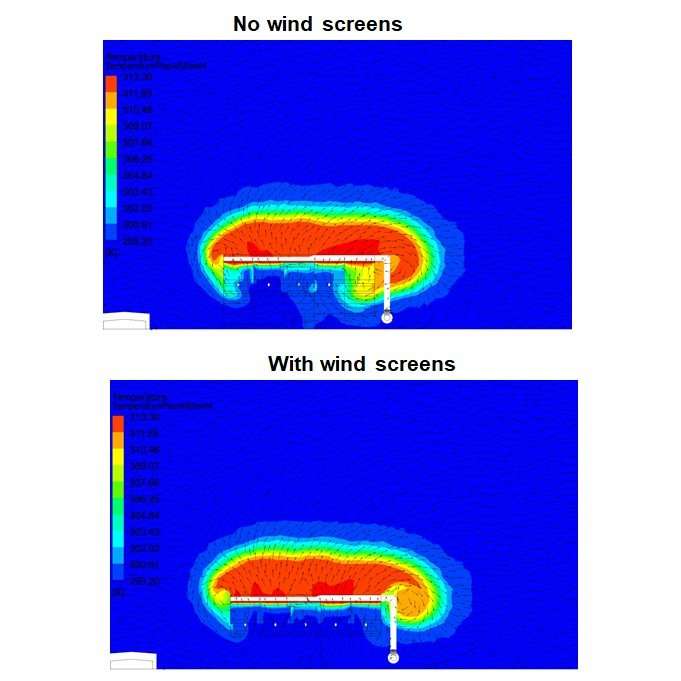 When hot air plumes from the ACC interact with high wind speeds, hot air can be recirculated back into the fans. This unintentional recirculation can lead to significant warming of the air inlet, reducing thermal performance and ongoing cooling capacity.

We’re here to help – get in touch today to discuss your project requirements.